Dye all the things!

(All the thanks ever to THL Jerusha for taking the photos in this post; I am most often taking the photos, and therefore I don’t appear in many, so I am immensely grateful to friends who are shutterbugs.)

I now have proof that I dyed myself colors! Really really! Mostly from the indigo workshop, because indigo is so very cool. Smelly, but cool (did I mention that one of the main ingredients in the dye bath is urea?).

We did a bath in a tub sort of accidentally; THL Willoc set the mother starter jar in a tub of water to warm, and as happens with wood fires, the tub was unevenly hot. She pulled the jar out when it reached temperature, but the bottom did not come with it. And so we had our vat, there in the tub. Oops. But it still worked.

Pulling lovely blue fiber out of the bath:

Here’s a better image of the range of shades we got (the green that I’m holding in my hand turned blue very soon after; the color change is the groovy thing about indigo): 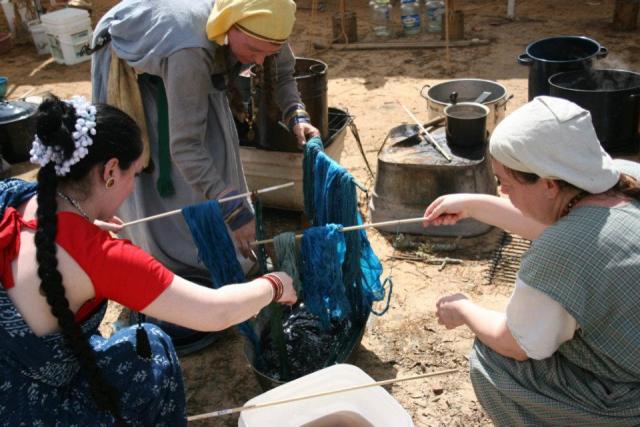 (I now realize how weird it is for someone in 16th century Gujarati gopi garb to be hanging out with ladies in 6-9th century Saxon garb, but whatever. Hooray, Anachronism!)

I was worried about overdying my sari, so I had a really wicked apron that came out, gifted to me by Baron Hajji on the occasion of our first joint Halloween party: 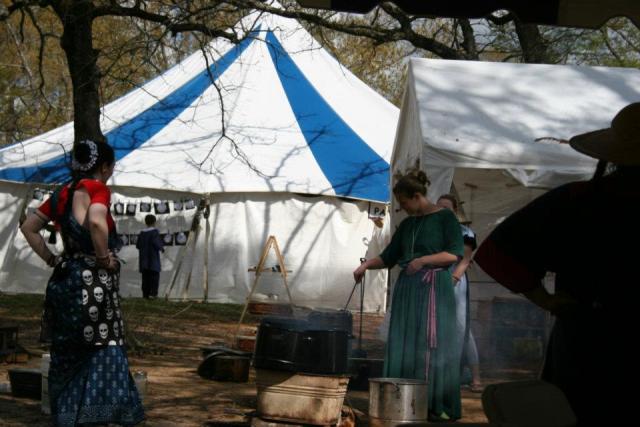 The skulls matched my garb so well.

As happens, the indigo bath lost its potency briefly, and had to be revived. We tested by dipping little bits of undyed wool into the liquid and seeing how dark the wool became, and how quickly. Light color isn’t necessarily bad, as long as it isn’t blue right away; indigo only fixes in the presence of oxygen, and blue indicates that it has already been oxygenated. I think this particular test wasn’t going so well (but W got it started again anyway): 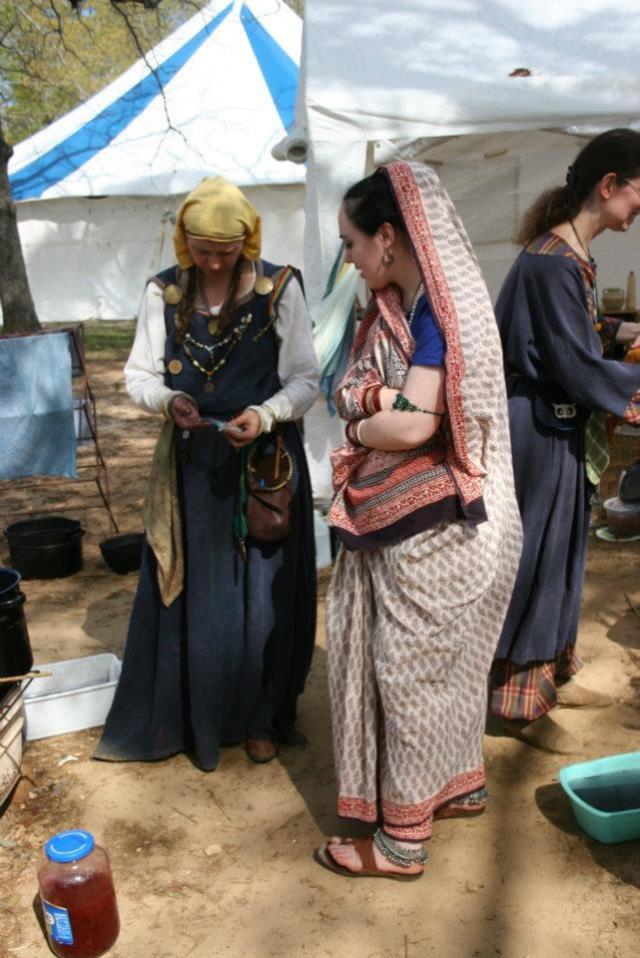 And then I took my little bunch of peacock feathers and voted on A&S Open entries. I think this was just after I put a feather on an amazing Viking tunic, all hand-woven and hand-sewed (which was technically part of the Clan Darkwood competition, but it was still lovely): 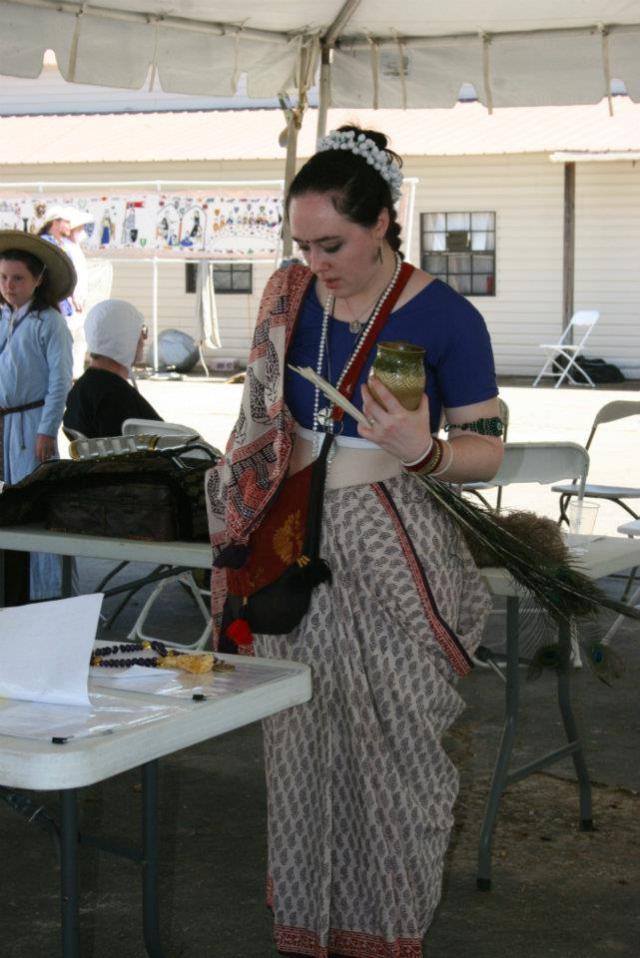 By day, I'm a graphic designer. By night, I'm a knitter. I'm doing my part to keep Hotlanta stylish. I imagine that if you don't already understand the title of the blog, you're probably confused and perhaps slightly annoyed, but never fear - I do have a reason (and it's a good one). Having gone to hear Stephanie Pearl McPhee, and then having been inspired to blog about knitting, I found myself wondering what to call the blog. I recalled a conversation I had with Mouse and the Chicken Goddess about why it is a Bad Idea to anger knitters - this conversation was following SPM, aka the Yarn Harlot telling the assembled throng about Those Who Do Not Understand Knitting and Therefore Belittle It Much to the Chagrin of Others, or TWDNUKTBMCO, which is not the acronym she used but is the one I'm using because I forgot hers - that is, we are numerous and we all have very pointy sticks, easily transforming into an angry mob. Therefore, knitters = angry mob.
View all posts by HappyGoth →
This entry was posted in crafts, medieval, sca and tagged dyeing, Gulf Wars XXI, india, medieval, natural dye, reenactment, sca. Bookmark the permalink.

2 Responses to Dye all the things!