So Far So Good

So far, thus week has begun to round out nicely. Yesterday was especially great, in that it consisted of a breakfast on an Amtrak dining car, shopping at the Korean grocer (mmmm shrimp chips), a visit to a new sari shop, and then watching Scott Pilgrim vs the World while eating takeout Thai. And I finished a hat that has needed some adjusting for a while. 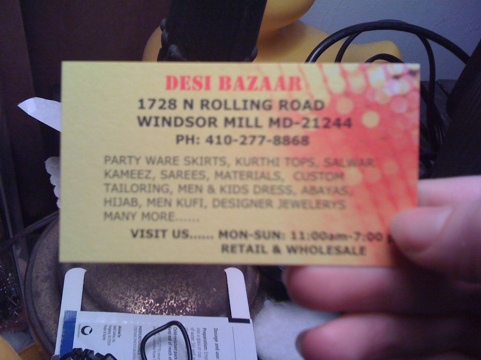 (Posting from the car! Can’t format photos! So in order, they are hat, saris I bought, and card from the sari shop. So awesome. I bought two because I couldn’t decide. I think I may have a sari problem.)

By day, I'm a graphic designer. By night, I'm a knitter. I'm doing my part to keep Hotlanta stylish. I imagine that if you don't already understand the title of the blog, you're probably confused and perhaps slightly annoyed, but never fear - I do have a reason (and it's a good one). Having gone to hear Stephanie Pearl McPhee, and then having been inspired to blog about knitting, I found myself wondering what to call the blog. I recalled a conversation I had with Mouse and the Chicken Goddess about why it is a Bad Idea to anger knitters - this conversation was following SPM, aka the Yarn Harlot telling the assembled throng about Those Who Do Not Understand Knitting and Therefore Belittle It Much to the Chagrin of Others, or TWDNUKTBMCO, which is not the acronym she used but is the one I'm using because I forgot hers - that is, we are numerous and we all have very pointy sticks, easily transforming into an angry mob. Therefore, knitters = angry mob.
View all posts by HappyGoth →
This entry was posted in General stuff, india, knitting and tagged Amtrak, family, hats, knitting, sarees, train. Bookmark the permalink.