Is due to this purchase: 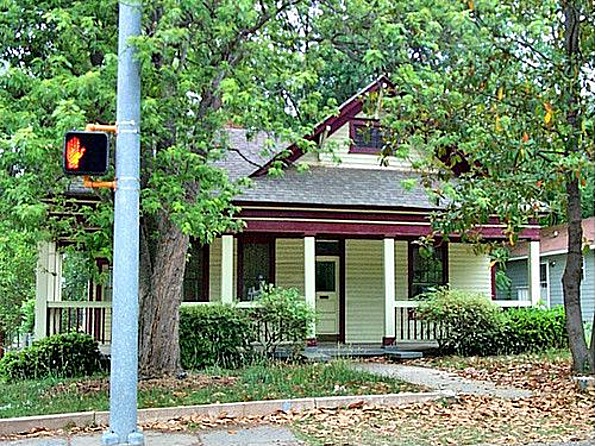 Which I made this afternoon.

Makes it sound so casual, doesn’t it? Like, oh, I went out to the mall and bought a house.

(And I might agree with you, if I hadn’t just promised to pay the equivalent of four years of salary over the next 30 years, in small increments. On the bright side, I should have my student loans paid off in, oh, six years. Maybe.)

By day, I'm a graphic designer. By night, I'm a knitter. I'm doing my part to keep Hotlanta stylish. I imagine that if you don't already understand the title of the blog, you're probably confused and perhaps slightly annoyed, but never fear - I do have a reason (and it's a good one). Having gone to hear Stephanie Pearl McPhee, and then having been inspired to blog about knitting, I found myself wondering what to call the blog. I recalled a conversation I had with Mouse and the Chicken Goddess about why it is a Bad Idea to anger knitters - this conversation was following SPM, aka the Yarn Harlot telling the assembled throng about Those Who Do Not Understand Knitting and Therefore Belittle It Much to the Chagrin of Others, or TWDNUKTBMCO, which is not the acronym she used but is the one I'm using because I forgot hers - that is, we are numerous and we all have very pointy sticks, easily transforming into an angry mob. Therefore, knitters = angry mob.
View all posts by HappyGoth →
This entry was posted in awesome and tagged house. Bookmark the permalink.

3 Responses to Lack of posts